(To the tune of the Hokey Pokey):

You put your left foot up

You put your right foot down

You put your left foot up

And walk quickly to the bus

You do the Yalla Yalla

And run as fast as you can

That’s what it’s all about

Day 8 started with some naval inspiration, Princess Fi leading some brave souls straight into the Mediterranean as the day broke. With no particular military target, the expedition was called off and all returned to the bus to Justine’s prompting of our serial key stealers (aka Paige) to please return the hotel keys at Leonardo Ashkelon.

We were then off to Beer Sheva with Yigal confusingly describing his life as strawberries (did he mean a box of chocolates?). Our first stop was Gevim School which certainly lives up to its motto ‘educating for excellence’. We felt honoured to be the school’s first ever International Delegation and inspired by the school’s unique educational model in which teachers act as ‘hunters’ of skills in their students. A diverse and multicultural school where only two students have parents born in Israel, the school’s philosophy (termed its DNA), focuses on the unique strengths of each student first, building excellence in these before then supporting them in their areas of need.

The Imagine Box was out of this world … in many cases literally, as we explored various environments without leaving the room. When we did leave, we were inspired by the use of technology as ‘our friend, not our enemy’ to provide unrivalled experiences for even the most disadvantaged students, and in the words of their charismatic principal Yifat Menashko, ‘if the teachers can dream, then the students can dream and succeed’.

One highlight was the mirrored wall of fame, where students can see their faces alongside famous people in diverse fields. Every classroom door also challenged students with the question, ‘what can I excel in today?’ And the students live up to the high expectations, with four youngsters we heard from aspiring to be a writer, the PM of Israel, a soccer player and a bank manager.

Following the usual bladder-problem-inducing-toilet-stop rush to the faint echoes of Yalla Yalla Yalla from the incomparable Noam, we set off for David Ben Gurion’s dessert (… sorry DESERT, still dreaming of those yummy spreads at every meal) home at Sde Boker. There we were met with a tale of a determined, resilient and absolutely visionary pioneer. David Ben Gurion was the founder of the State of Israel, also serving as its first and third Prime Minister. Ben Gurion, who asked to join an early Kibbutz in the Negev so that he could be part of the building of a community, had a vision of bringing a million Israelis to the Negev. He believed that the Negev’s primary value was to bring out the innovation of the people, and with almost prophetic vision, predicted the technological advances that have facilitated the growth in the Negev.

We enjoyed the visit to Ben Gurion’s house, left untouched since his death and reading letters he wrote that gave away something of his personality. ‘There are many mistakes in your letter, you must work on them … and until you improve your Hebrew, don’t ask me any more questions’, he wrote, leaving many of us convinced he must be a distant relation of Noam’s!

Lunch at Mashabei Sade Kibbutz was as delicious as we have come to enjoy during the trip and after a ‘Naa-Naa’ tea we hopped back on the bus to visit Ramat Hanegev High School. The high school, the first in the Negev, was built to meet the needs of the surrounding Kibbutzim, each of which is a 30 minute drive away.

A public high school, it has adopted a fresh outlook on the education of teenagers, starting class a bit later in the day to allow the additional sleep indicated is needed in studies. Large glass windows allow students to see into other classes for inspiration and as well as mandatory studies in English, Maths, History and the Bible, students have a growing selection of Elective majors (including Design, Psychology and Sociology, Theatre, Biology), they choose from in year 10, to study until the end of their schooling. These majors allow students to develop in their areas of passion while growing, as per the school’s goals, into good citizens for 2048.

Students have no uniforms or formal dress code and have the autonomy to solve real world problems such as approaching the regional council for approval and then going through the design process, before building a bridge on the school grounds. Endearingly our year 11 presenters showed just how similar teenagers are all around the world, wanting to stay with our group to skip the rest of their class.

A strong sentiment reinforced by Ramat HaNegev was that the future of Israel will not lie the expensive high rise apartments of Tel Aviv but rather in the Negev and its development. Ben Gurion’s vision continues.

As we waved to kids on school buses outside, and dodged the car impressively driving entirely on the footpath, we said our goodbyes and headed to our next location, the Ashalim Solar Plant.

At a cost of 1 billion shekels and the tallest building in Israel, the main tower is a striking landmark standing over the arid landscape, an icon of thermosolar technology. The plant consists of 52 600 mirrors each of which reflects the sunlight to the top of the tower. This in turn causes the heating of water which is forced downwards rapidly, the resultant steam turning turbines to generate electricity, and with 330 days of Sun a year, and a few additional nearby solar plants, Israel is well-placed for a goal of 35% Green energy by 2025.

We learned that local Bedouins are paid well to clean the many thousands of mirrors but chuckled at the simplicity of the process in which every 3 weeks, a cup of water was splashed on mirror and a squeegee used to wipe it down.

From the hilly regions of the Negev, we now had an hour and a half’s drive to the Herbert Samuel hotel at the Dead Sea, the lowest point on Earth, driving past the factories that make up the Dead Sea Works. Seeing the mountains of salt discarded by each factory, we were challenged by Noam to come up with a use for the salt, a venture that would easily facilitate our early retirements (just make more breakfast herrings??)

Upon arrival at the Hotel, we quickly changed and many went for a quick dip in the Dead Sea before abandoning that for the warm pool and spa waters, then getting ready for yet another elaborate banquet for dinner. By now on the trip, we have all forgotten what it actually feels like to get hungry.

After dinner we were treated to a lecture by Noam Badin (first two Yigals, now two Noams?), an award-winning expert and photographer of the Dead Sea. Noam began by showing us maps of water scarcity on Earth before sharing his journey in chronicling the devastating shrinkage of the Dead Sea, with significant water level reduction in photos taken just one year apart. Noam highlighted the urgency of saving our ‘water treasure’ with this 8th Wonder of the world losing the equivalent of 600 Olympic pools of water daily and projections showing that up to 1.8 billion people worldwide will not have access to drinking water in a decade.

In true Israeli resilience and positivity however, Noam suggested that the threats of losing the Dead Sea and water scarcity could potentially become a bridge for peaceful negotiations with neighbouring Arab countries as all come together for a solution.

Day 8 was another wonderful day of unique experiences shared with an increasingly bonded group who bid each other layla tov with plans of a sunrise dip in the Dead Sea.

And finally in the spirit of the quizzes we completed in the Imagine Box and at Ben Gurion’s house, here is a short quiz for you to try (disclaimer: no answers are given because you are all correct!)

And finally a multiple choice question: 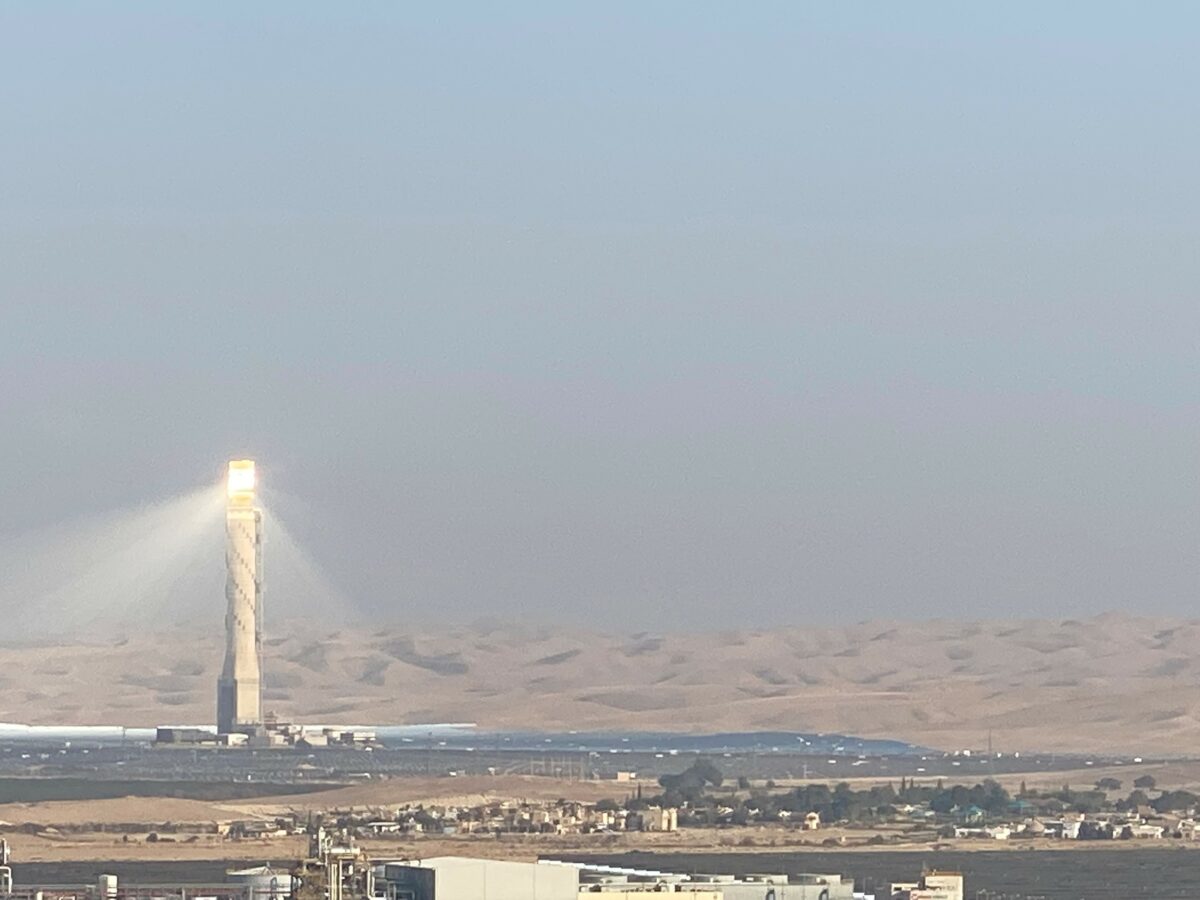 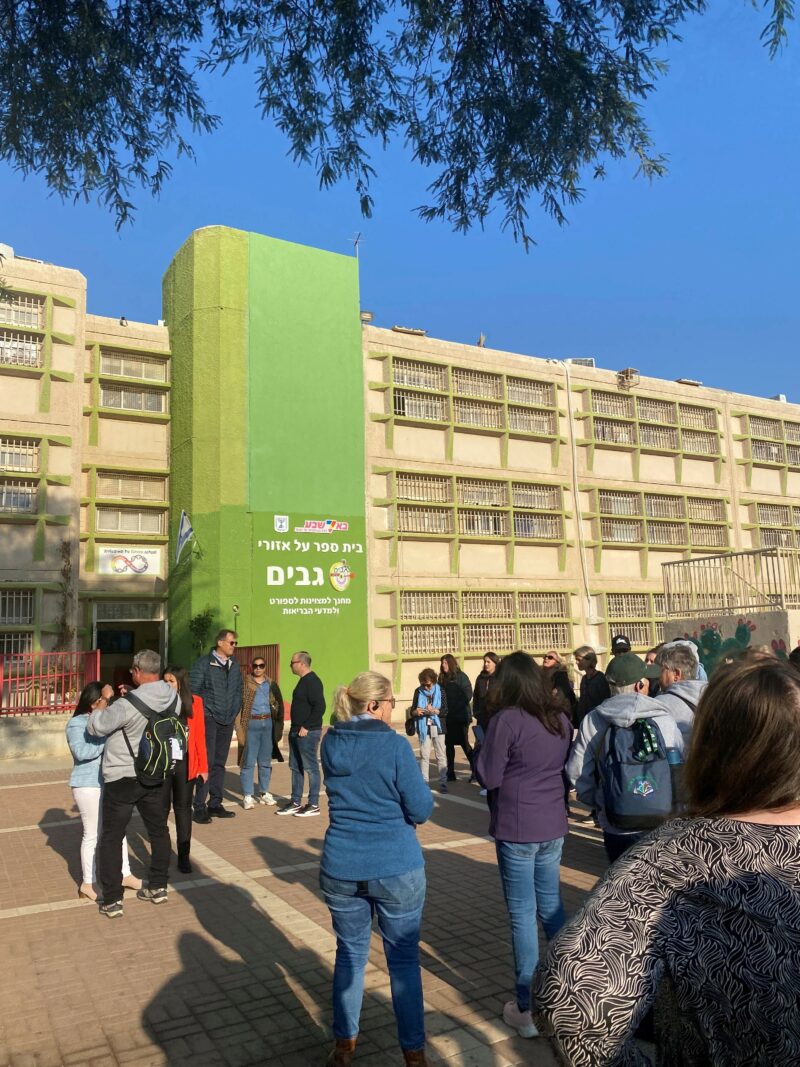 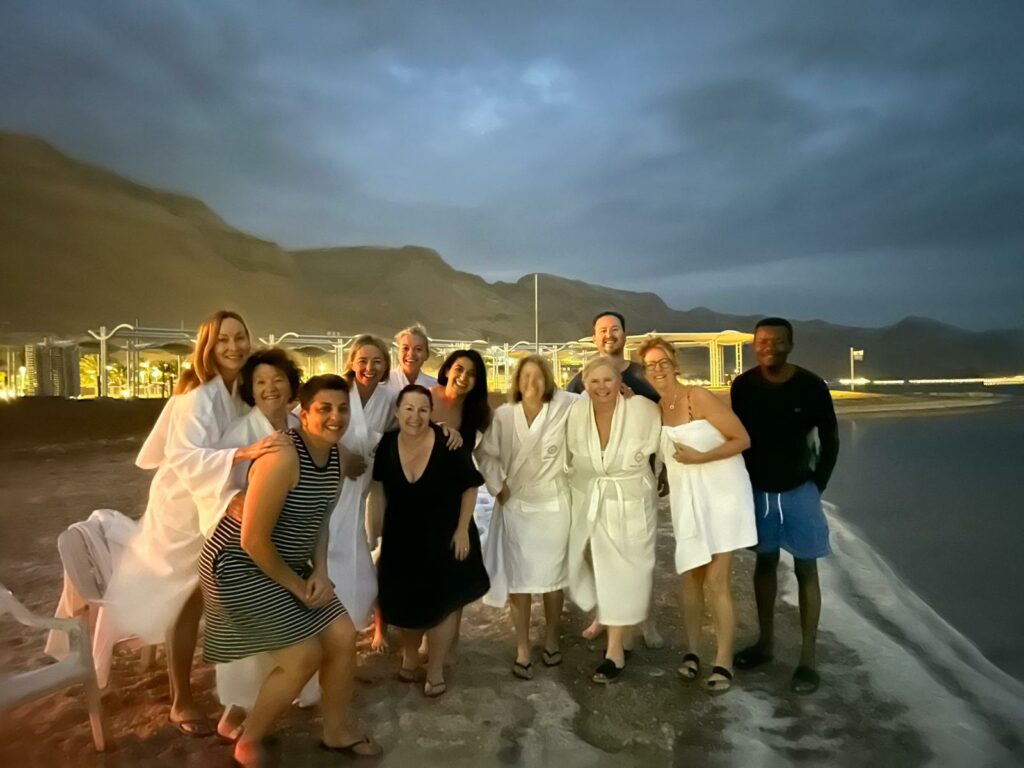