There were many slow entrances and tired eyes in the kitchen this morning as people slept off a very long and action-packed Monday. Breakfast, coffee and a few inspiring words from Yigal and the guides got everyone perked and ready for another amazing day.

We arrived at the lowest freshwater lake on earth – the Sea of Galilee (aka Lake Tiberius or Kinneret). The lake sits at 215 meters below sea level and provided the perfect opportunity for the group to have a refreshing reset after a huge day yesterday. Despite the legions of youth camp attendees in the area, the beach was uncommonly silent. Yigal informed us that this is because no loud music is allowed to be played, giving the space the nickname ‘The Quiet Beach’. Steep in religious history and bible references, the Sea of Galilee was an amazing first stop for the day.

We were then on our way to Park Katzrin, the Talmudic Village. We were greeted by the great Rabbi Aboon from the time period. He informed us that we arrived under-dressed in which he provided us with the appropriate dress and headwear. We arrived with the warmest musical welcome before we visited the Synagogue built 1500 years ago. Astonishingly, it was reconstructed after the great earthquake which levelled the site 700 years ago. We experienced the traditional self-built home from the time in which Rabbi Aboon explained the religious contexts of the space and the daily uses of the space for the time period. With one of the biggest and warmest smiles we have come across, we were played various historical musical instruments under the tree. In what was an incredibly moment of unity, the group throughly enjoyed the musical experience.

After another incredible group lunch had concluded in Katzrin, we boarded our buses and made our way to Golan heights. Here, we assembled in the amphitheatre that overlooks the Valley of tears. With a backdrop of rolling valleys and tanks where they had been left in 1973, real-life war hero, IDF legend and commander of the 7th tank betallion Avigdor Kahalani was to speak to the group. He spoke of his experiences during the 6-day war (Yom Kippur War) against Egyptian and Syrian forces which earned him a myriad of medals and awards. The group hung on every word as we sat in the very location in which he experienced such adversity that was quite literally pivotal to Israel’s future. His story is one of courage and resilience and the group understood how lucky we were to be listening to such a historical figure in-person.

From here we were ushered into the back of a fleet of off-road jeeps. We ventured our way through the valley towards the Syrian border. With vision of Syria in the background, member of the local Kibbutz and IDF intelligence, Ilan Shulman gave a snapshot of the current situation in neighbouring Syria. He gave an incredibly intelligent and easy to follow perspective of recent events and the current political climate over the border as well as Israel’s gracious attempts to provide aid to the closest Syrian residents.

The Hula Valley is an agricultural region in northern Israel with abundant fresh water, which used to be Lake Hula, prior to its draining. It is a major stopover for birds migrating along the Syrian-African Rift Valley between Africa, Europe, and Asia.

We had the privilege of experiencing first-hand the captivating bird migration. The birds typically breed in the Hula Valley and migrate to Kenya and South Sudan. Only 25% of the birds make it through the migration. Each bird has a ring which is labelled with their species, country, and number combination. The birds are then measured by their legs, feathers and weighed by being placed into an old film container.

We finished our wonderful day off with a dinner at Hotel Giladi and Israel dancing with the North America and South African JNF delegation. It was a night of collaboration, appreciation, and fun. 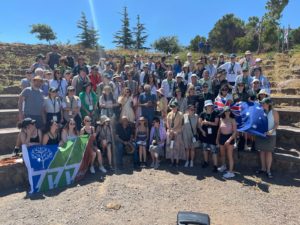 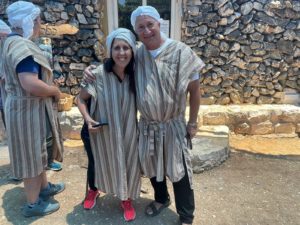 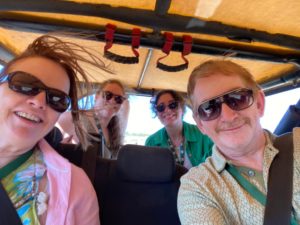 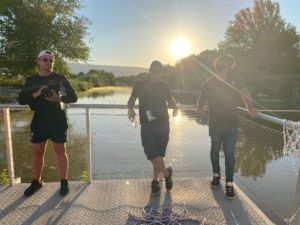 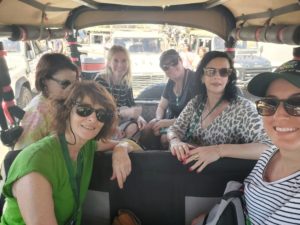 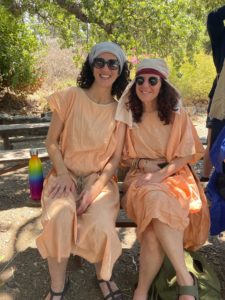 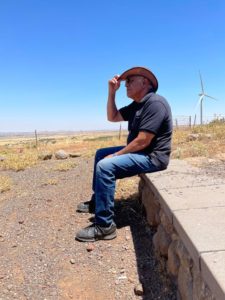 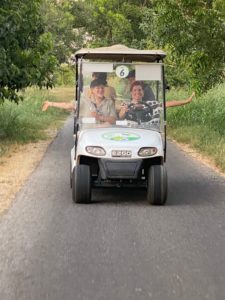