Don Marejn was born in Bialystok, Poland on 15 June 1914.  At a young age, Don and his brother Joseph began work in the family business, a tannery. It is possible that Don inherited his charitable nature from his parents (Jacob and Rachel)  who, even in the midst of difficult times after World War 1, served on committees of the Bialystok Jewish benevolent societies.

Keen to progress their talented son’s education, Don’s parents, despite great financial hardship, sent him to France where he studied at the ‘Institut de Chimie’ and then, supported by a bursary, at the University of Lyon.  He returned to Bialystok and, with his father’s health fading, took over the factory with Joseph, together making it profitable.

The Nazis occupied Bialystok in September 1939 followed shortly after by the Soviet army.   Don’s family was dispersed in the subsequent chaos.   Don accepted Soviet citizenship but was obliged to keep “on the move”, taking work in tanneries as he could, but circumstances prevented ongoing contact with his family.  Learning he was about to be arrested by the Soviet law enforcement agency NKVD, he fled to Vilna (Vilnius) in independent Lithuania.

Following the commencement of hostilities between Germany and the Soviets in 1941, Don, sensing danger, managed at the last minute to board what was probably the last train evacuating Soviet families from Lithuania.  There then followed a sometimes aimless eastward journey through a Latvian forest, across the Soviet Union, almost to the Afghan border.   Given his outstanding experience and qualifications he obtained posts managing tanneries in Kirov, just south of the Gulag Archipeligo and Denau in Uzbekistan.

In 1945 at the end of the War, Don returned to Bialystok where he learned that all of his family, including his younger sisters Dina and Masha and their families, had perished.  After a chance meeting, he married Sara (Sonia) whom he had known in Bialystok.   Hers was also an extraordinary story of survival.

Following a short soujourn in France, in 1948, Don and Sonia emigrated to Australia to join Sonia’s beloved brother Judel (Julek) and his family.  Again, Don’s special expertise led to success at the Kennon tannery in Melbourne where he introduced major innovations and subsequently established his own leading tannery.

Don claimed, like virtually all Jewish survivors of WW2 in Europe, that luck was all-important.  Anyone who knew Don also recognized an outstanding attribute – his extraordinary intellect and breadth of knowledge.  He was widely read, spoke many languages, and even in later life embraced new technologies with enthusiasm.

Don had a love of learning, of Israel, and of all things Jewish.  As a result of the privations, losses and exclusions he himself suffered and their effects witnessed in others, he had deep concern for the vulnerable in society and assisted many different charitable organisations during his life.

Don’s marriage offered a deep and mutually supportive relationship lasting 65 years, until Sonia’s death in 2010.  Sadly, they had no children.

Don will be badly missed, but remembered with great affection and utmost respect by the many who knew him.  The JNF and the people of Israel are deeply grateful for the generous gift he left to JNF in his Will. 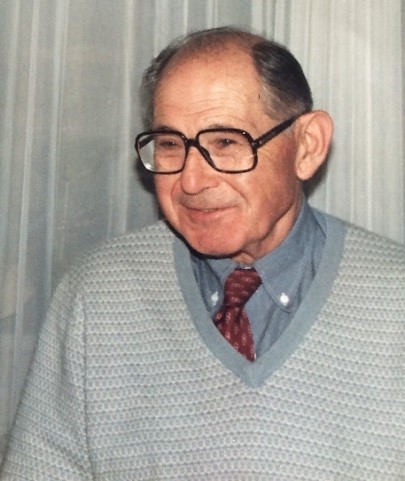