James Bruce Block was born in Mosman, Sydney in 1929 to Nellie and Abraham Block. Better known as Bruce, he had a remarkable professional career spanning work as an accountant in Sydney to 23 years with the Royal Australian Air Force, leaving with the rank of Wing Commander. Bruce served with the RAAF in Japan, Korea, Vietnam and Malaysia. Soon after, Bruce became Bursar of a private school in Canberra establishing a Foundation to help the school expand. At the same time, he purchased a small cattle property beginning his “love affair” with the famous French cattle breed, Limousin.

After some years Bruce relocated to a larger rather dilapidated property in Dorrigo in country NSW where he lived for the last 30 of his life. Attracted by its favourable climate, Bruce worked day and night to build the farm into a highly successful Limousin breeding operation. His farm was lush, immaculately kept and abundant with flora and fauna, including a lagoon with platypus and eels – a credit to his hard work and determination. He also concluded an agreement with the NSW state government reserving 50 acres as a Conservation area.

Bruce retired in 2015 at age 88 from full time work to enjoy more time for his hobbies, in particular, model railroading. He made models of railroads from all over the world which together occupied some 185 square metres! JNF Planned Giving Manager, Romy Dinte and Jerusalem Emissary, Yossi Eshed, who visited Bruce regularly recall that it was an absolute joy to see the incredible creations that Bruce ingeniously laboured through years of dedication – his most recent masterpiece featuring an Israeli State Railway on an agricultural kibbutz.

Bruce had many motivations for his support for Israel through JNF. A visit to Israel in 1994 introduced Bruce to the work being done by JNF to support local communities with afforestation and water reclamation projects. He first planted some trees in the Yizkor Forest and then contributed to the building of a water reservoir in honour of his late father, Abraham Samuel Block.  Bruce became a committed supporter of JNF and other charities supporting Israel since that time. Bruce’s support for JNF and other Jewish charities was also motivated by his concern about the rise of anti-semitism in Australia.

Bruce believed in supporting worthwhile causes when help is needed. He recalled in 2017, “I strongly believe in contributing to charities whilst alive. In doing this, I am able to gain valuable insight into their activities and needs and can distribute funds accordingly. As a retired grazier, I have sufficient funds to meet my own needs and the rest can be used for deserving causes. I believe this is an example that others should follow.”

Bruce’s support of Israel and the Jewish community was widespread. He was a regular supporter of JNF Blue Box, he supported Gaza border communities during times of terror and was passionate about the conservation of national resources. Bruce also generously provided financial and emotional support to victim of terror, Niv Nehemiah and his family.

Bruce believed in supporting worthwhile causes when help was needed. “I strongly believe we are put in this world to help other people. By contributing to charities whilst alive as well as by leaving a legacy, I am able to gain valuable insight into each charity’s needs and can distribute accordingly.”

Bruce sadly passed away on the 10th September 2019 at the age of 90, leaving a gift in his Will to JNF. His passion, commitment and generosity to the land that he loved will live on in perpetuity through the projects that he has supported. 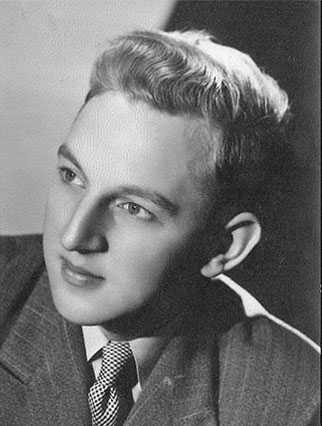