Betty was born in April 1919 in Dublin, Ireland, to parents Samuel and Anne Ordman. Samuel escaped the pogroms in Lithuania and fled to Ireland when he was 13. Samuel and Anne went on to have six children, Betty being the eldest.

Betty’s love of sewing was passed on as her mother Anne worked for a milliner and was an exceptional seamstress. Betty’s book keeping skills also helped her father with his financial affairs.

Betty married late in life and did not have any children of her own. Her husband, Emil, was the President of the Synagogue in Prestwich, Manchester. Emil and Betty kept a very kosher home and often hosted Sabbath lunch and kiddush after Shul at their home. Betty’s involvement with the Shul led on to her match-making abilities which resulted in a number of “shidduchs”.

Betty loved visiting her brother, Ellis, and his family in Israel. Ellis later immigrated to Sydney. Betty had visited her family many times in Sydney before deciding to follow them. Betty moved into a unit in Bondi where she lived for many years until her move to the Montefiore Nursing Home in Hunters Hill. Betty loved playing rummy tile, was an avid reader and enjoyed the challenges of crossword puzzles and suduko. 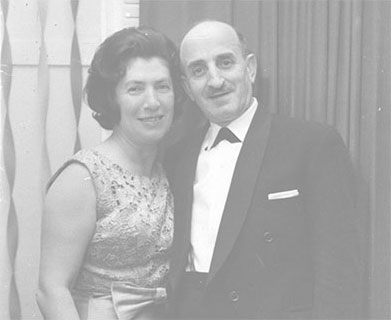